Hey everyone, Mick from Australia here. I’ve been self hacking for about 6 years after being borderline type-2 diabetic, overweight and suffered from IBS, psioriasis and anxiety for my whole life. During the past 6 years I’ve worked hard to hack myself back to health (ok that sounded weird) and I realised that there aren’t too many tools besides ye olde spreadsheet that really worked well for what us QS’ers want to do.

So for the last 3 months I’ve been developing Better.Me, a dashboard for your body that allows you track anything, run experiments, compare the results and log discoveries. The really cool thing I want to do with this app is aggregate people’s discoveries, meaning that if you want to say, improve your concentration the app can give you accurate recommendations about what really worked for other people. Its a really cool concept and the end result is that you can get better results, more quickly.

If you’re interested in getting in on the app before its officially released you can signup at our launch site. The images on the launch site were what we think the app will look like in the future. I’ve attached some screenshots from the app itself below or you can check out the the Full album of screenshots here

Feel free to fire any questions or comments my way, thanks! 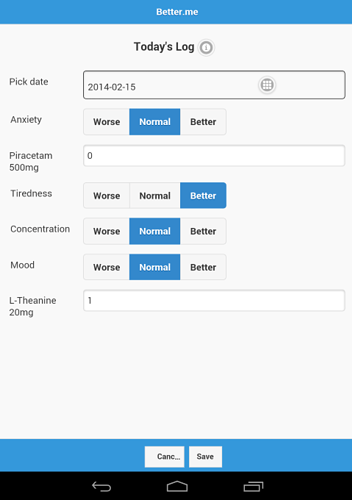 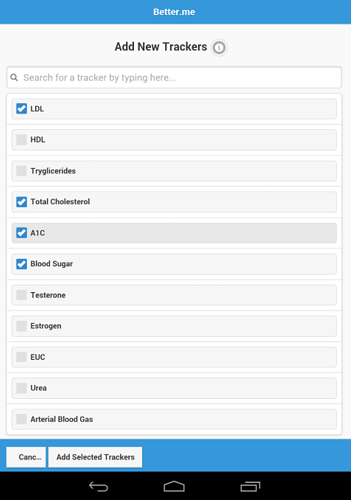 Neat! But the first question with such apps is always: Can I export my data?

thanks! In the closed beta you won’t be able to export your data but it is high on our priority list and something we’ll have available very early on.

Is BetterMe still being developed?