Well, looks like the Angel Sensor folks have (finally) officially thrown in the towel. Not really a surprise, as they had gone silent for nearly a year after delivering their crowdfunded product over 2 years late. They did release code for their open-source SDK, and there is a community of developers who have forked it on GitHub to continue development. 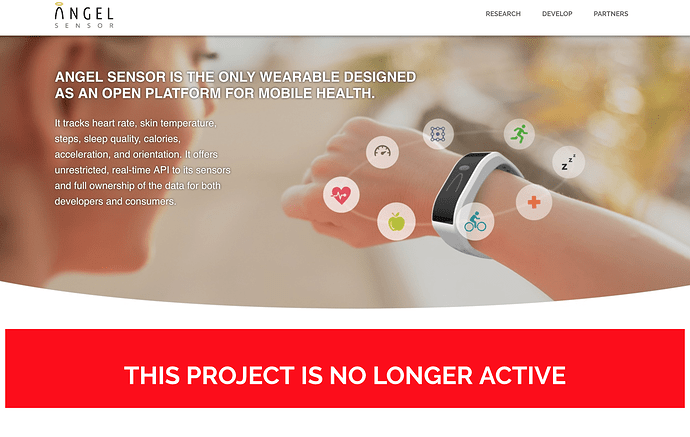 Too bad they gave up, as the promise of a truly open source wearable with an array of useful sensors is lacking in the QS space. That being said, at least I received my units (many others never received anything). They are still new/unopened in their boxes if anyone wants to make an offer.

If you could help me get them to the UK I’d be willing to pay a little extra for the pair. Let me know!

or maybe you could ship to my place of work’s branch in NY and i’d get them to ship to London…? @QuantifiedBob

Sure, I can definitely mail them to your work branch in NY (I’m in New York City) and you would just have to arrange to ship to the UK. There are still a few days left in the auction but if you want to DM me a reasonable offer they can be yours (I’ll cancel the auction) and we can arrange payment through PayPal.

You could set up a GoFundMe page to collect money for a class action lawsuit, but then you better deliver

Hi There, i never received my unit either, sent an email in August 2016 and follow up emails no responce
Is there anything we can do to get a refund