Does anyone use Emfit QS with a sleeping partner?

I just bought the Emfit QS and used it for the first time today.
Unfortunately, it only detected 3 hours in bed, even though I was there for 8 hours.

This is my setup:

It’s placed underneath the topper mattress, which is memory foam and 6 centimeters in height. 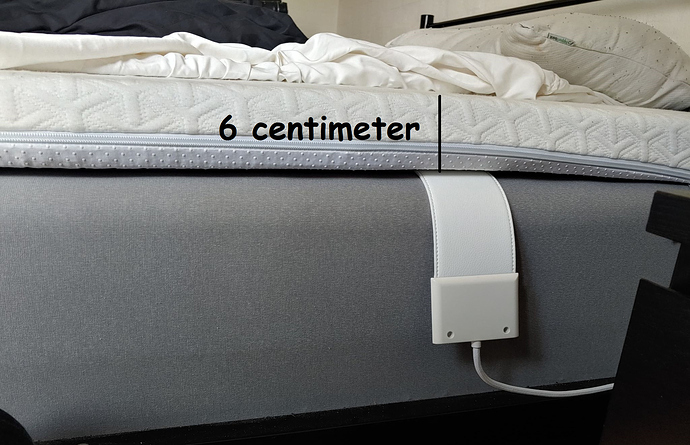 How have you placed your Emfit QS so that it detects you, but without detecting your partner?

Unfortunately, it only detected 3 hours in bed, even though I was there for 8 hours.

I do not think its ever been this bad. Also now due to gdpr XMI exports.

I did use with a partner, a number of years ago, and that version of it seemed to detect my sleep as reasonably well as one could hope based on heartbeat vs. EEG.

Emfit QS vs. Oura Ring - which is more accurate? Sleep

A couple nights ago I happened to talk on the phone for 30 minutes while lying in bed. While we know that sleep trackers can confuse sleeping with not moving, I was surprised to see that even the Oura Ring (worn, I think, on the hand I was holding the phone with), thought I was in light sleep: [image] Other than that, the stages were somewhat aligned, though nothing like in the polysomnography comparison that the Oura team produced (which could mean that the Emfit just isn’t that accurate). A…

The problem I experience now is that if I sleep until 7 am and then go to the other side of the bed for 30 minutes (mimicking having a partner sleeping there 30 minutes after I wake up), then it think I’m sleeping or still in the bed in that period)

What is “gdpr XMI exports”?

I guess this is an export capability that complies with the EU General Data Protection Regulation, which mandates users have access to their data.