How to get your "labs" ordered on a regular basis?

Hey there, I was part of Arivale for a year and they checked some 100 blood markers every quarter and plotted it on a website. I have since unsubscribed because to stay on was expensive! The original annual cost was $4000 - anyways… I am wondering if there are doctors who could order bloodwork for us that will be covered by insurance in the US.

I would be interested in hearing if anyone knows too? Most I can get my primary to do is once a year. Sometimes that is pulling teeth.

I paid the $1000 for an annual membership in Parsley Health, partly to find out if I could use them to help me get blood tests I want regularly.

Finally, another approach is to search carefully for a QS friendly primary, such as Paul Abramson, who has spoken at many QS meetings about how he sees his role as a collaborator with his patients in self-discovery.

For me, the cost of staying with Arivale was the same as doing two (less comprehensive) panels with InsideTracker.

Even if you found a QS-friendly doctor, it’s unlikely that your insurance would pay for this level of testing.

As a physician ordering tests, tests have to be justified to be covered by insurance. Elective tests must be covered by the patient. If you know what tests you want, there are a variety of emerging services that are direct-to-consumer and will allow you to get almost anything you want without a prescription.

I am a physician in the Bay Area and generally happy to help any patient get a test for QS reasons. There’s much we don’t know in medicine that the right tests at the right time can reveal.

Praxiteles, I don’t know how the rules work, but would you be able to do online consultations?

Is the “elective tests must be covered by the patient” thing true across all insurance companies? I’ve always wondered about this FAQ from a direct-to-consumer provider where they mention the possibility of ordering and then submitting CPT codes for insurance reimbursement. Of course they’re incentivized to just get you to order, so maybe they’re just mentioning a theoretical possibility.

Krishnan, I can’t find a list of the blood markers Arivale tests for, but their exclusion of hormones makes me think you could probably recreate their panels for <$500 per quarter from some of the no-frills direct-to-consumer providers. InsideTracker looks like it can similarly be beaten price-wise. Although you’d lose the health advice / built-in-tracking in both cases.

Did you notice any value from the comprehensive quarterly testing? I figure some of the levels are too stable to bother testing often, and others are too variable for quarterly testing to help identify causes. I think my money-is-no-object ideal would be weekly tests on a few actionable markers, leaving the comprehensive tests for every year or two. Granted, my veins would hate me.

Here’s the list of blood markers Arivale is testing for. They also do a cortisol and DHEA saliva test (multiple samples taken at different times of the day).

Not sure why Arivale won’t include sex hormones (or even let me pay extra for them). I ended up getting them from LifeExtension. Since they both use LabCorp, I can do the blood draw at the same time.

I’d also prefer to do just one comprehensive test (rather than two) a year, and instead have the option to track a couple of markers that I’m trying to change (e.g. Vitamin D and Omega 3) more frequently.

@Agaricus @ejain @Praxiteles @danwich - I am blown away at the amount of good information for this question! Really appreciate it. I need time to process all this good info and figure out what to do! @ejain you are local to Seattle right? Is there a local Bellevue/Seattle QS group that meets so I can learn from the masters!

There’s a Seattle meetup coming up end of this month.

It is theoretically possible to do online consultations - though in the absence of being on your insurance plan - there’s no guarantee and little chance they will cover anything ordered. Usually there has to be an underlying disease being managed or diagnosed where codes are provided to justify the test. The codes then become part of your “pre-existing medical condition” or “existing medical condition” record.

Even if you found a QS-friendly doctor, it’s unlikely that your insurance would pay for this level of testing.

I must have really good insurance because when I had gallbladder disease I was in the ER 8 times in 4 months, 3 times by ambulance, and I had labs ordered constantly and never once did the insurance ever deny a claim. I continued to have problems for about 18 months afterwards and every almost doc I saw ordered bloodwork, almost the same bloodwork, and the insurance never denied anything. 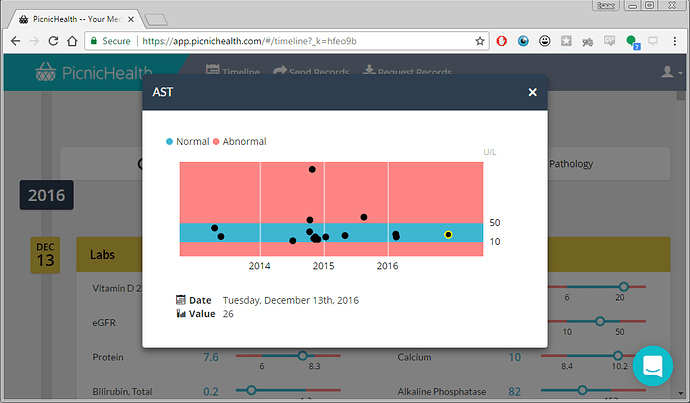 @danwich I tried healthtap for a month to see if i could get bloodwork through it like the website claimed. It never worked even though there is a labcorp and quest draw facility in my town. I got my money back.

I must have really good insurance because when I had gallbladder disease I was in the ER 8 times in 4 months, 3 times by ambulance, and I had labs ordered constantly and never once did the insurance ever deny a claim.

Glad to hear you didn’t have any trouble with your insurance, but that’s a very different situation…

Glad to hear you didn’t have any trouble with your insurance, but that’s a very different situation…

What do you mean?

What do you mean?

Speaking of direct-to-consumer testing, I’ve used WalkInLab.com to get a preventative STD screening (covered by Anthem) without needing to talk to a doctor (I don’t have a QS-friendly doctor yet).

WalkInLab uses LabCorp. Their website isn’t that snazzy, but customer support is actually responsive, and they can add tests they don’t list yet, if you give them the LabCorp link to the test.

Just say you have intermittent diffuse abdominal pain. Every time at the ER I was either diagnosed with “mild ileus” or “IBS.” After a 5 day stay in the hospital I was dx with “gluten intolerance” and that was after they did an EGD biopsy and celiac blood tests both of which came back negative for celiac disease. The world of blood tests is your oyster!