I was using a few wearables to measure my HRV - and it seems that the data across different wearables are inconsistent.

Here’s the summary on the comparison between Oura and Polar (i was using an Oura ring 3, vs a Polar Unite) (and yes those two are different price points)

I wrote a full guide with the data and graphs here

Hello, Polar seems to provide weird results in your case. I dont thinks that’s because of place of measure - finger vs wrist shouldnt differ that much. 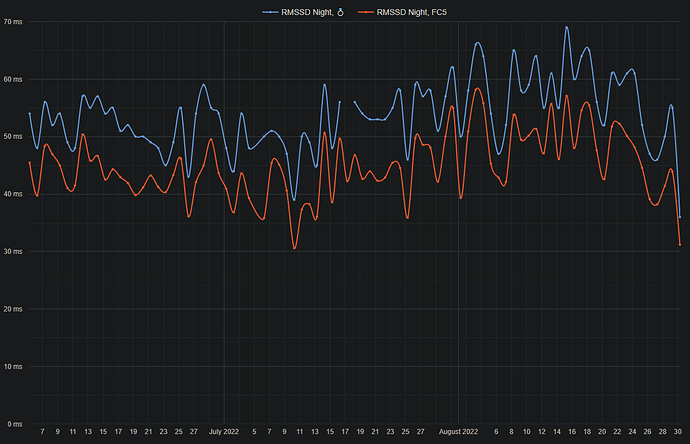 oura-vs-fitbit1199×773 65.3 KB
It’s easy to see that i have pretty similar trends on wrist and finger, but fitbit (red) seems to have systemically lower values compared to oura.

T-test confirmed data normality for both oura and fitbit data, so i can just go with pearsons correlation: 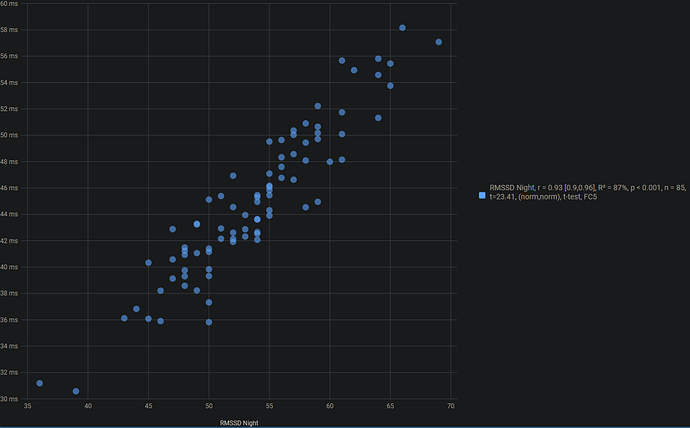 So i’m not sure what Polar did measure in your case.

Thanks for sharing - agreed, I think the data should be the same, but polar measures consistently different results