While we’re on the subject of crowdfunded QS devices, recently I received my NeuroOn, an EEG-equipped “polyphasic sleep mask” (2 years after I participated in their crowdfunding campaign) - I can’t attest to its accuracy yet as I haven’t been able to collect enough data (the mask tends to slip while I sleep, which causes the EEG contacts to lose signal, and the mask itself has woken me up many times). The main reason I purchased it was their claim of inducing lucid dreaming (by triggering the internal LEDs over your eyelids when you are at the proper sleep stage). Unfortunately, this feature never made it into the product release

The app looks nice, but no data export option (there is an API, but they aren’t offering access to it yet). 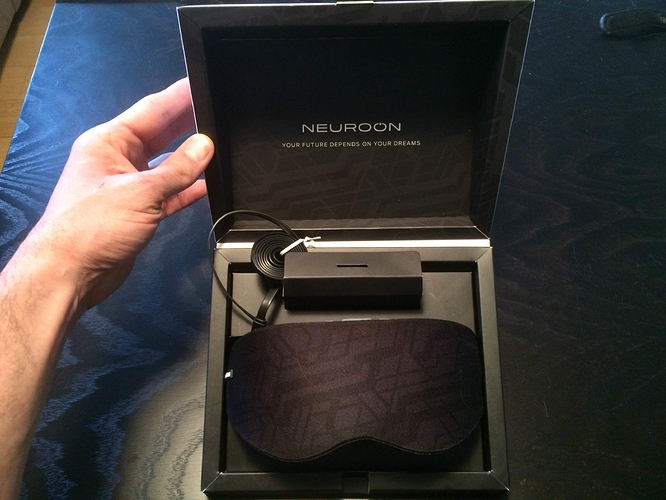 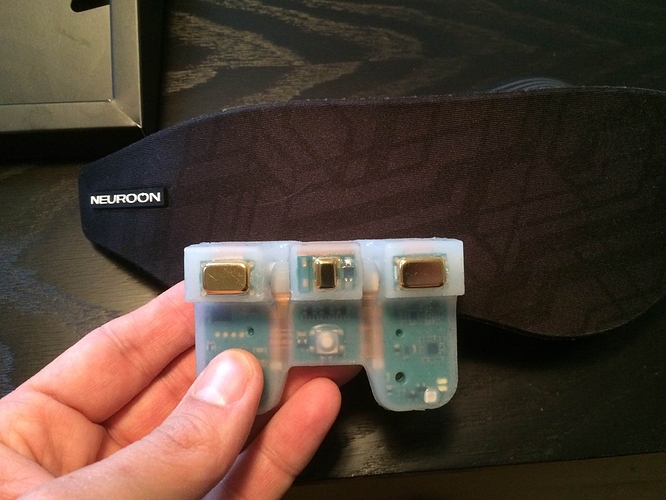 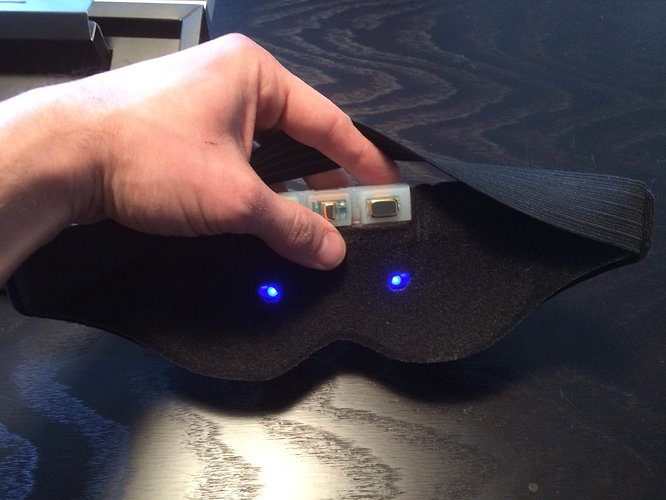 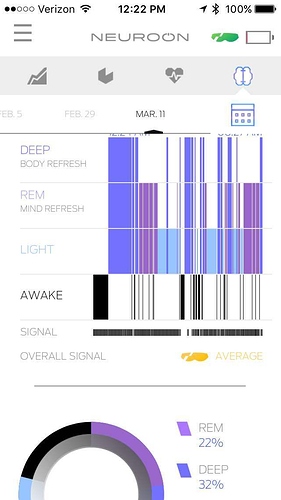 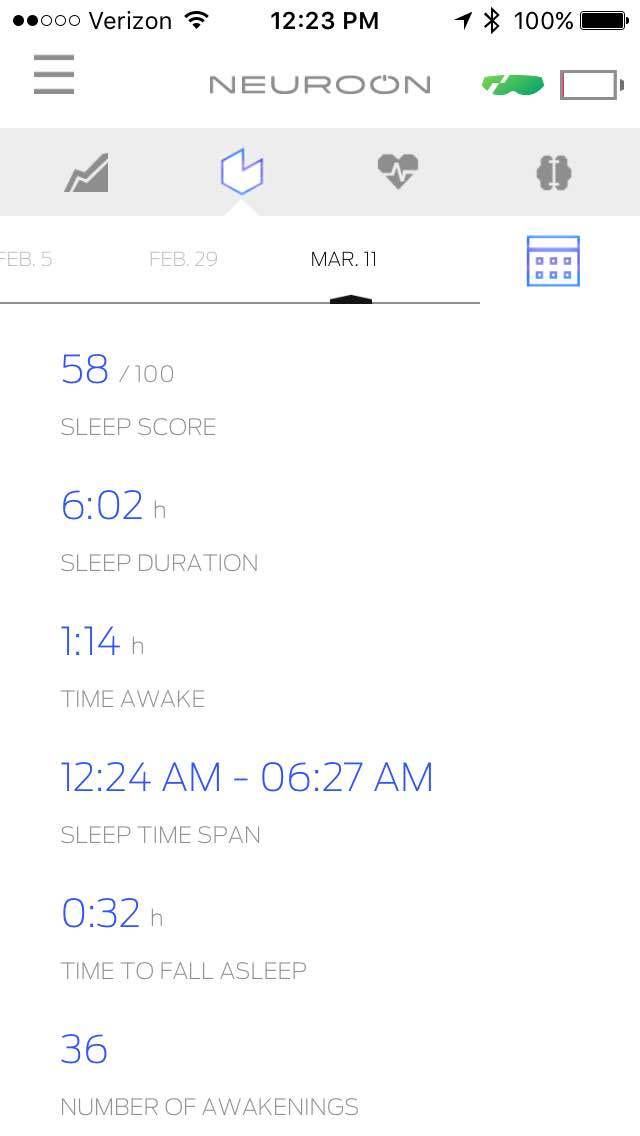 Super interesting! I’ve been looking forward to the NeuroOn, but the fact that it wakes you up is worrying.

Can you elaborate on that? Would love to read a review!

The size of the mask plus electronics is rather bulky and the foam material on the underside of the mask sometimes makes my forehead sweat so I’m guessing the slippage issue/waking me up is being caused by this.

The mask has an elastic strap, but unfortunately it’s non-adjustable. I’m thinking about cutting it out and reattaching it so it stays on more snug.

I’ve been using the Neuroon mask for the past couple of months and have gotten used to the size. I was worried that I wouldn’t be able to sleep on my side, but that has proven not to be the case. Though I wonder if the sweating may be more of an issue in the summer.

It’s not obvious, but the strap is adjustable:

Once I adjusted it to the right tension, slippage was not an issue, which is a first for sleep masks for me.

I’m assuming that you already know about Remee, but if you were hoping for a device that could track and show the red lights only during REM, it may be a poor replacement.

As far as the eeg sensing, my app had a weird bug where it wasn’t showing any of that data. Thankfully, reinstalling the app fixed that problem and now I can see the data from the last month and a half. There tends to be a high number of awakenings. With the Zeo, I could see clear sleep cycles. With the Neuroon, it’s hard to pick out these patterns with vast differences from night to night. I don’t trust the data yet, and am looking forward to seeing validation tests.

The killer feature for me is the simulated sunrise. It feels great to wake up naturally without an alarm clock. I believe it’s helped to stabilize my circadian rhythm, and there is research that suggests that receiving light even while your eyes are still closed, can be as effective as 10,000 lux bright light therapy for depression (I think I read that here). Of course, this feature doesn’t require any sensors. A mask that had just this feature could be a lot cheaper and thinner.

My big issue is that while you sleep, it shines a bright red light on your forehead. I think this is for the pulse oximeter. Even when the sensor is making contact with my forehead, I can still sense the light. I’ve only slept through the night once when I didn’t have that damn light covered up.