Going beyond quantified self, is anyone quantifying their babies/kids extensively? I’m noticing some baby monitors with logging capabilities and web platforms dedicated to tracking baby stats. What are some tools out there that people are actually using and what are the parameters people are tracking?

Some of the things I’ve seen:

I think a lot of people are enthusiastic about quantifying your baby, but lots of folks in the baby industry (nurses, midwives, etc.) think it’s horrible. I predict some blowback as this thing gets into the mainstream.

I was talking to a pediatrician who said that if babies taste a food 6-10 times before they start to walk, then they’ll develop a lasting taste for that food, but that once they start to walk, they distrust any new tastes. So the idea there would be to make sure they eat a little of every food you want them to like to eat 6-10 times before then. I’m not sure how true it is. You could manually track which foods the baby had tasted if you wanted to help shape the baby’s tastes.

And I haven’t checked the research, but they say that talking to the baby a lot is important, so you might want to get something that can help count the number of words the baby hears. The LENA monitor can do this; I haven’t checked for alternatives. 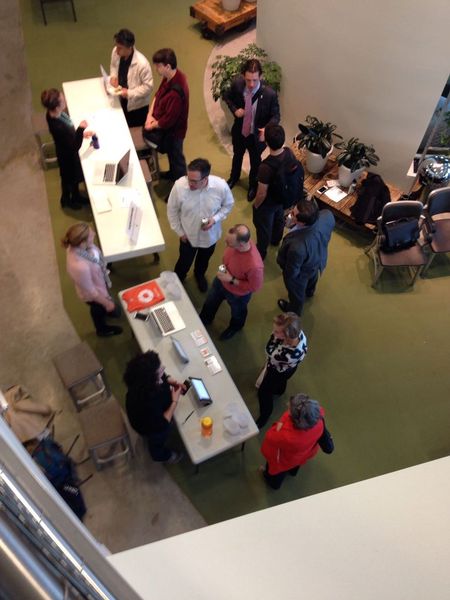 Thu, Jun 20, 2013, 6:00 PM: The Quantified Self movement consists of users and tool makers who have a shared interest in self-knowledge through tracking of habits, behaviors, and life activities. One