I started a tumblr to showcase and categorize various data visualizations in QS apps (like a pttrns.com for designers), with an emphasis on beautiful design:

A collection of data visualization in Quantified Self apps for iOS. Curated by Chloe Fan...

I’d love to get feedback on:

Also, I’d love to have some contributors. If you have screenshots of a QS app you’d like to share, please email me at chloe@chloefan.com

The screenshots will be posted anonymously, unless your name/photo is already in the screenshot.

Neat! How about starting a Pinterest board, would be easier to collaborate?

Neat! How about starting a Pinterest board, would be easier to collaborate?

Pinterest doesn’t allow for tagging and sorting. I can make a board for all of the data viz for a specific type, but there isn’t a way to label one image by tool, data viz, type, etc. With Tumblr, I can upload a Fitbit screenshot, tag it #fitbit #bargraph #daysummary or whatever, and then sort the blog by those tags.

I really like this, what a great resource! Thanks Chloe for starting it. Ernesto and I have been collecting some neat visualizations, too. I’ll share them via email.

hi Chloe,
It is great! I appreciate the time and love put into aggregating these images. I hate how pinterest doesn’t allow for any tagging and sorting of display - but tumblr here isn’t doing much better, dare i say it’s even worse for a browser of the site because we have to paginate through the images…whereas on pitnerest we’d get the everscrolling. perhaps just a standard wordpress blog, where you tag the images as posts, and insert an actual menu - then you would achieve the sorting for a guest user.

I had infinite scrolling before, but it slowed down the site. Wordpress might be a better idea; I’ll keep that in mind when I have time to update the site!

I am experimenting with video-based visualizations of respiration, movements, and heartbeats during sleep: 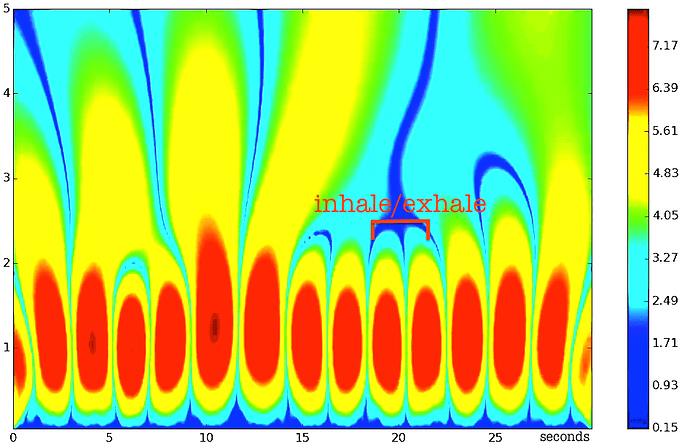 Each frame of the video shows respiration and movements within a 30 seconds long time interval.

Respiration pattern (inhale/exhale) is typically within the [0.5; 2.5] interval on the vertical axis.

Relative ALT signal intensity for each video frame is shown by color according to the color scale on the right.