Zeo Bedside Clock Battery Question. Or, how to open the case?

A friend bought an unused Zeo Bedside in the box, unopened. The unit works, records sleep, writes to the card and can be downloaded and read by Woody’s ZeoViewer.

The clock, however, is settable, but after some short period of time or when unplugged and plugged back in, continually reverts to 2400 01/01/2009 (which I assume is the default). So far, all card and machine data have been erased. A factory reset has not been done - any reason not to?

Has anybody seen this? Or have any ideas? I’m thinking possibly the internal battery? Anybody ever changed one? Know what it is? Or, how to open the case?

Your thoughts would be appreciated. Thanks.

Edit: Did do a factory reset, no change. Still looking for a clue to opening the case before prying the thing apart.
Edit II: Added “Battery” to the title to better reflect content of thread

There is a lithium battery inside. I forget if the battery is in a battery holder or soldered to the board, but the design is very hacker friendly

To open the clock, you need to at least partially remove the rubber feet to expose the screws. Once the screws are removed, the front plate will come off.

Thanks for the info. I’ve got a sacrificial unit coming. When I get it open, I’ll post the results.

Again, thanks for the tip, RL.
Opening the Zeo Bedside is fairly straight forward after the finding the first screws which are located, as Rlong mentioned above, under the two rubber feet at the front of the unit. Expose the small phillips head screws using a flat blade to move the pads toward the front of the unit. Once these screws are removed, the front cover will come off exposing 4 more phillips head screws which hold the clamshell together. These screws are small and recessed making a jeweler’s type screwdriver ideal. Once the clamshell is open, all remaining components can be removed by phillips screwdriver or are interlocking. Ribbon connectors are used between components.
The battery is in a holder, but soldered to the board at three points. Unfortunately the soldering tab on the battery of the tear down unit covers some of the identifying description, but enough can be seen to positively identify it as a “3 volt Lithium Battery”. It measures approximately 24 mm in diameter and the last 2 digits of the identifier are 50. The third digit is partially covered, but showing looks to be the top of a 4. The remaining leading characters are covered. From what can be seen and measured, it seems likely the battery is a CR2450, probably similar to this.
Here’s a pic of the board with the battery in upper right: 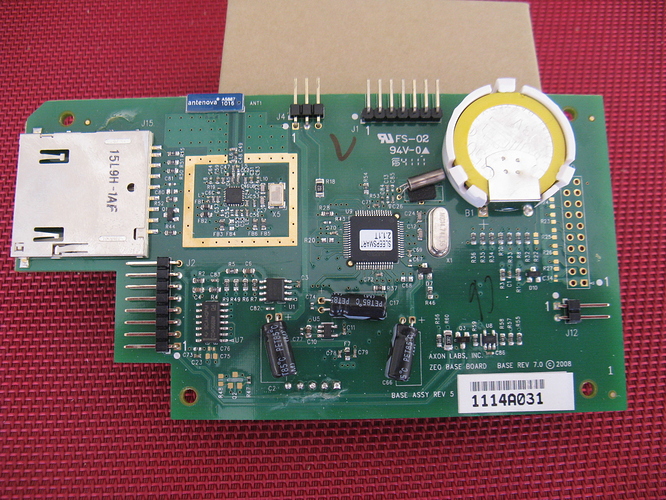 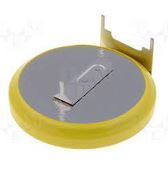 Turns out I didn’t need a new battery (the old one recharged after several days), but if anybody does, it looks like the Sega CD player used the same battery configuration - available on Ebay for about $7