Hey QSers! I few months ago I posted about an idea for a Quantified Self application platform here. Turns out I actually made a prototype of this idea.

Right now I have a web app online that I’ll show you via screenshots. Since the idea involves QS developers (that’s you) making apps/analyses for the platform and many of you here showed some interest and, I believe, see the bigger picture, I’m hoping some of you will be interested in testing, experimenting, and just playing around being curious and having fun with the platform and sending me some feedback on how to make the platform better and more useful.

(Keep in mind this is a prototype.)

After logging in as a normal user, you are taken to your dashboard where you can view your connections and your favorite app/analyses.

…or view more apps/analyses available on the platform…

…and add them to your favorites to use.

Here is an example of an app/analysis: 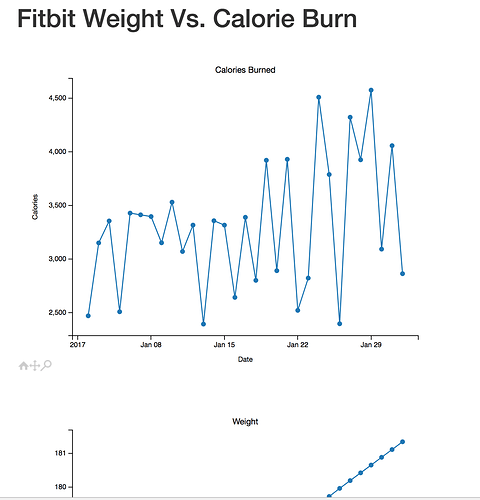 To create an app the developer needs to specify a name for the app, the Github repo where the source code is located, and what connections it requires to run. 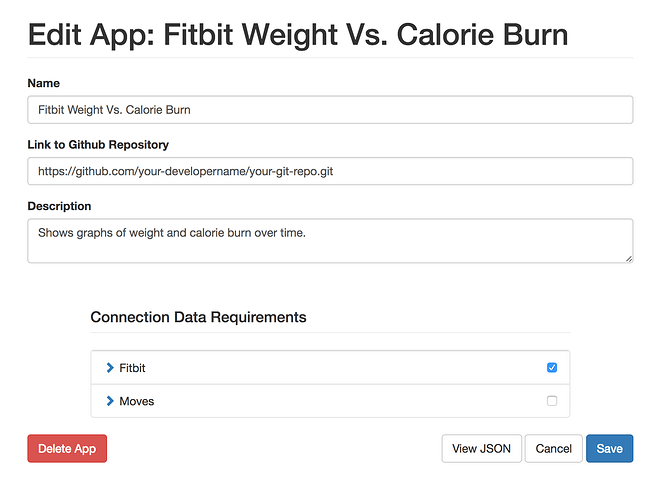 By clicking View JSON, you will be given example data (using your own connections) that shows how the data will be formatted before it is fed into your source code. Copy this data to your local environment to develop your app/analysis. 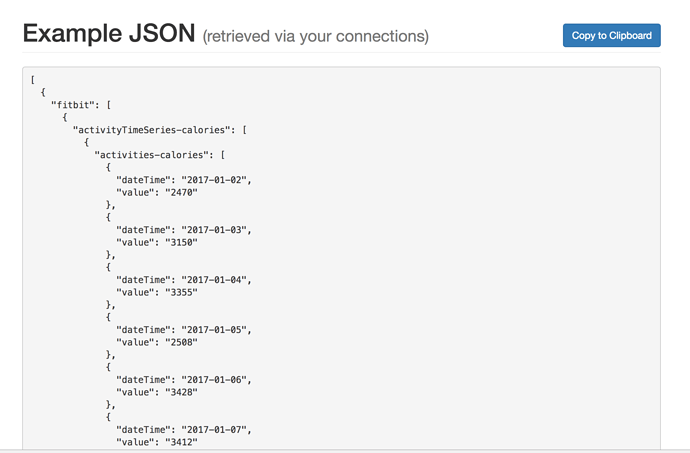 Data is accepted by your program, your program does some computation on the data, then your program outputs regular HTML/CSS/Javascript. This output is then injected into the web app for viewing.

For development of an app/analysis, you are provided with a small test directory that includes two files: app.py and data.json. Copy and paste the Example JSON that you created before into data.json, edit the app.py Python program to perform the computation you wish (re-formatting to HTML/CSS/Javascript within the program), and run a simple command in your terminal to run the app for you to view locally in your browser.

I hope this has sparked your interest. I’d value any feedback you have on the forums or directly to me, and I can send you a link to the app if you’d like to help!